Anberlin – We’ll Live Forever I am super excited to share my latest project with you! Order now at http://anberlinmerch.com LIMITED EDITION BOOK PRESSING, WILL NOT BE AVAILABLE AGAIN Anberlin: We’ll Live Forever Photo Book is a behind the scenes look at Anberlin on and off stage from 2003-2014. The book documents the growth of […] 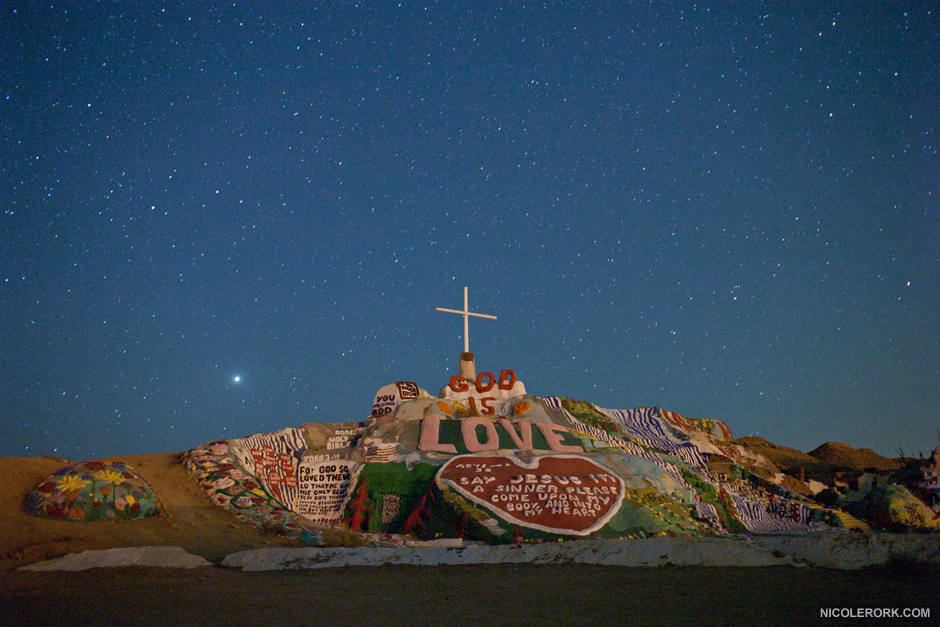 “Good gets better. Love gets bigger. Keep it simple, love everyone.” – Leonard Knight. September 2011 Salvation Mountain is a colorful art installation covering much of a small hill north of Calipatria, California, near Slab City and just several miles from the Salton Sea. It is made from adobe, straw, and thousands of gallons of […]

Slab City has been created by a small but committed community of squatters in the Colorado Desert of South Eastern California, USA. Taking its name from the concrete slabs that remain from an abandoned World War II base, it is a tragic yet romantic landscape that commands its residents to possess the same balance of […]

Photographing this wedding meant a lot to me. It’s not very often that I visit home and it’s not often to be able to witness and be a part of something so beautiful. Everything about it was perfect. Call me a sap, but moments like these remind what’s really important in life. A little touch […]

I have been friends with Eric for the past five years.  I met him while he was touring with my friend’s band on Warped Tour – this guy rules.  Not only is he ruggedly handsome and talented, but he’s full of surprises – actor, musician, model and all around bad-ass friend.  He needed some new […]

If you didn’t already know, I am a huge Anberlin fan.  When I heard that they’d be releasing “Cities” on vinyl for Record Store Day, I knew I had to get my hands on one.  The most exciting and frustrating part of this day is that there are ton of limited edition vinyl records released […]

Just some photos over the past few months that I can finally post, enjoy!

Destroy Rebuild Until God Shows: Behind the Scenes

As a photographer I feel that in order to really capture true emotions, you need to have a good relationship with your client. Not only will they feel more comfortable around you and the camera, but they’re willing to work with you on a creative level. I enjoy shooting friends because they trust me 100% […]